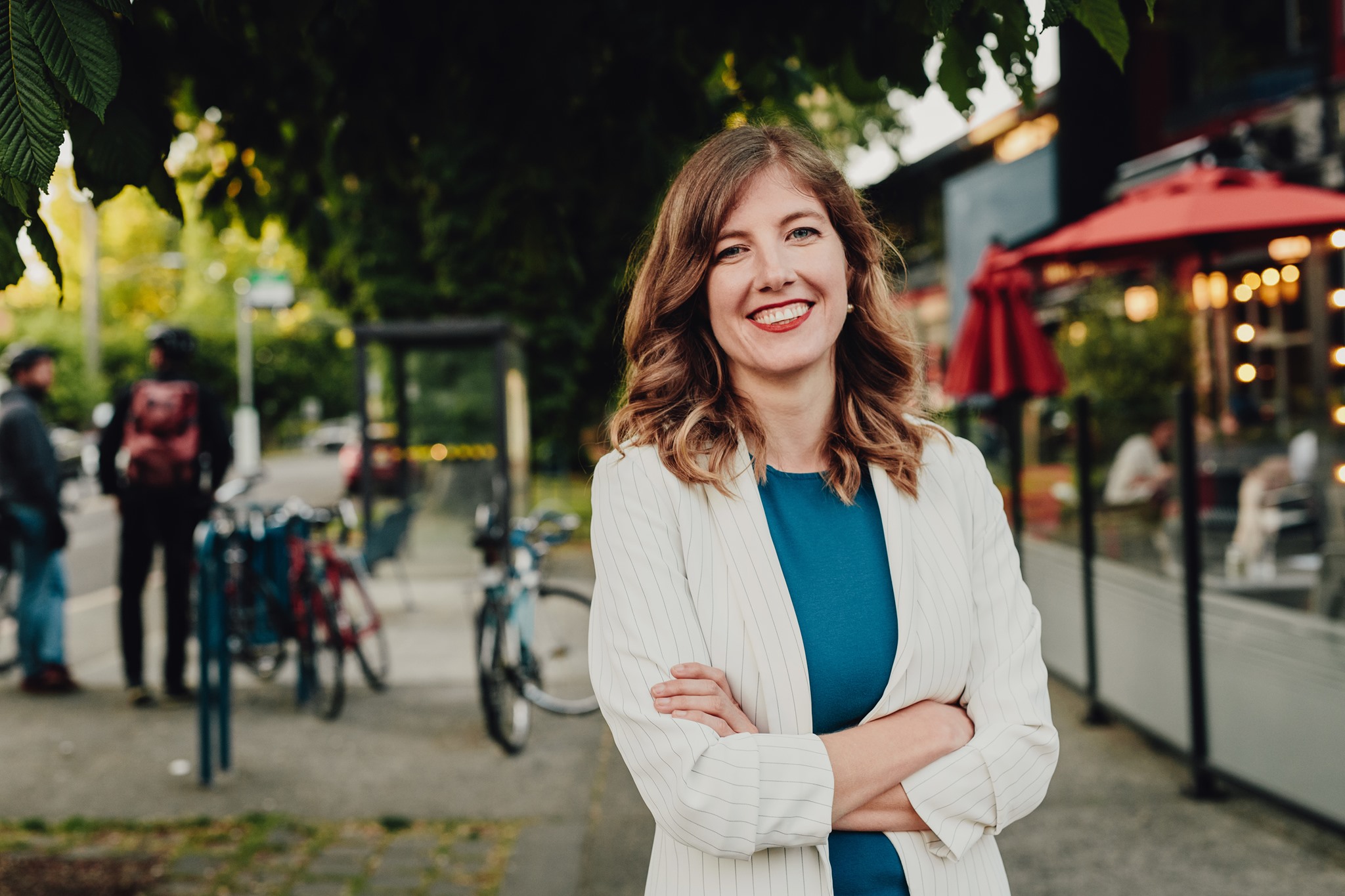 Laurel Collins, with the NDP Party, responds to the DSP 2019 election forum questions:

1) If elected will your party support the current federally legislated poverty reduction strategy?
We need to have the courage to build a Canada without poverty. A Canada where no one is left behind and people know they can access the services they count on when they need them most. A central component of the NDP’s plan is enshrining the right to housing in law, with a goal of ending homelessness in Canada within a decade. In a country as wealthy as Canada, there is no reason that anyone should be living in poverty or without a roof over their head.

a) How will your party ensure that the new ‘Official Poverty Line’ for Canada, the Market Basket Measure, is regularly updated so that the measure reflects the current costs experienced by those living in poverty?
We know that a poverty measurement isn’t worth the paper it’s written on if it doesn’t include things like childcare or the true cost of housing. The NDP has taken a strong position and called on Justin Trudeau and the Liberals to ensure that the Market Basket Measure was updated yearly, but they refused to so. If elected, an NDP government is committed to updating poverty measurements every year to ensure that we are truly making life more affordable for the most vulnerable people in our communities.

b) How will you ensure that the Advisory Council on Poverty reflects diversity and functions as an accountability mechanism that holds the federal government to its commitments?
Our affordable housing strategy will include measures to support Canadians at risk of becoming homeless, taking the lead from communities about local needs and adopting a “housing first” approach. To help people find an affordable home in the long term, we will support the creation of more social housing and other affordable options as part of our overall housing strategy.

2) Given the high cost of living and of housing in Greater Victoria, will you advocate that your party implement a guaranteed basic income for all? What would you specifically do to tackle this issue?
New Democrats will work with the provinces to launch a national basic income pilot project, in addition to continuing Ontario’s program, to gather data about this approach to tackling income inequality and precarious work. Developing a national, public, universal child care program is also critical for lifting women and their families out of poverty, and an important way to give all kids the opportunity to have a good start in life.

3) Does your party support the recently adopted National Housing Strategy and the right to Housing? Please provide comments to support your position.
We believe that every Canadian has the right to a home that they can afford. We’ve been clear that as New Democrats, we believe housing is a right. We’ve got a plan to create half a million units of quality, affordable housing across the country – including affordable rentals, co-op housing, and social housing. We’ll also make it easier for young people to buy a home, by expanding co-owndership and re-introducing 30 year mortgages.

4) Does your party commit to maintaining federal leadership and investment to address access to safe, affordable, and adequate housing?
New Democrats led the way in calling for bold action to build more affordable and social housing across the country. Now it’s time to do the same for home ownership for the next generation.

a) If yes, how does your party plan to increase federal leadership and investment to address access to safe, affordable, and adequate housing?
We are committed to bold action on affordable housing here in Victoria, and across Canada. When it comes to tackling the housing crisis, the NDP are on
your side with solutions that will make it easier for you to own a home now. Our plan will:
• Create half a million units of quality, affordable housing within a decade
• Remove GST/HST on the construction of new affordable rental units
• Give low-income renters help now
• Help first-time buyers with closing costs
• Kick-start the constructions of co-ops and non-profit housing

a) If yes, how does your party plan to increase federal investment specifically targeted to housing people experiencing homelessness?
The Parliamentary Budget Office says that under Trudeau’s plan, spending on affordable housing is 19% less than under Harper’s plan as a percentage of GDP. The NDP’s New Deal for People will make key investments into housing to address homelessness here in Canada. We will build half a million units of new affordable housing in the next decade—including affordable rentals, social housing, and co-op housing.

6) More than 11,000 Canadians have died from fatal drug overdoses since the last federal election in 2015. Life expectancy rates in Canada have fallen for the first time in many years. Locally, 300 individuals in Greater Victoria have died. Both people who use substances and medical experts are calling for decriminalization of personal drug use and a regulated and safe drug supply. These policy options have been successful in other countries such as Portugal. If elected what will you do to advance these evidence-based solutions?
As New Democrats, we know that we must do more to save lives and support those struggling with opioid addiction. If elected, and NDP government will declare a public health emergency and commit to working with provincial and local governments and experts to end the criminalization and stigma of drug addiction. We believe that people struggling with addiction deserve to get the help they need without fear of arrest. Our plan will get tough on the real criminals – those who traffic in and profit from illegal drugs.

7) There are no publicly funded treatment options for addictions on Vancouver Island, only costly private ones, for the thousands of island residents who want help with their substance use. Victoria’s only outpatient option has a 10 week wait list just to start a group. If elected what will your government do to increase access to recovery services.
An NDP government would work with the provinces to support overdose prevention sites and expand access to treatment on demand for people struggling with addiction. We will also launch an investigation into the role drug companies may have played in fueling the opioid crisis, and seek meaningful financial compensation from them for the public and social costs of this crisis.